Trump for President How could this man get this far?

Trump is, in fact, the Republican candidate for the most important job in the world. A surprise? Not really, but a logical consequence: The Republicans have been betting on extreme types for a long time. 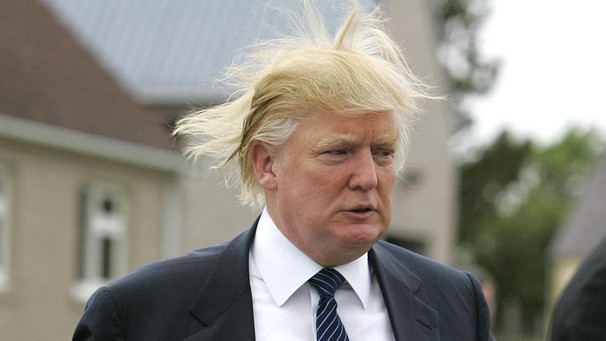 "Who do you consult with on important issues?" - "I talk to myself because I have a very good brain." This dialogue does not come from a therapy session, no, the answer comes from what will soon be the most powerful man in the world: Donald J. Trump, now officially nominated Republican candidate for the US presidency.

How did that happen?

Some of the Republicans knit a sacrifice legend. Trump seduced the voters and abused the party for his own purposes. They pretend Trump is the drunk uncle nobody ever wanted to have at the family reunion, but who is now managing the grandparents' legacy. Only: Unfortunately, that's not true. Trump's success comes as no surprise and his candidacy is not a sensation. Trump is the logical consequence of what the Republicans have been doing since 2008. 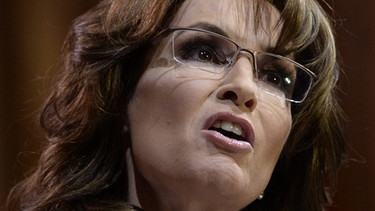 Sarah Palin already proved it in 2008: With some incredibly stupid statements you can reach a lot of people. Palin sold it as a foreign policy competence that on some days it could look like Russia from Alaska. Her supporters especially love her hatred of the media: she coined the term lamestream mediawho became the battle cry of right-wing ideologues. The way from her to Trump is short - no wonder that she is currently supporting his election campaign.

After Obama won the 2008 election, the Republicans' leadership came up with an evil master plan: block everything that this president proposes, if possible. After they had a majority in the House of Representatives in 2010, Washington virtually came to a political standstill. The result: The hatred of capital city politics and the media - already immense for many - became even greater.

This anti-Washington mood also sparked the "Tea Party". Those hateful conspiracy theorists who believe that Barack Obama is Satan incarnate because he is educated, black and left-handed. You radicalized the party and thus created the breeding ground for someone like Trump.

The Republicans were already betting on similar weird types. There were incredible candidates that the party sometimes supported, sometimes tolerated and only half-heartedly criticized in exceptional cases. An example: Christine O’Donnell, Senate candidate in Delaware, incites against homosexuals and considers the theory of evolution to be a myth. It was only when a video surfaced on the Internet in which she talks about her experience as a witch that her career was over.

In 2012, applicants for the Republican presidential candidacy competed to see who was right-wing. Newt Gingrich had a racist undertone similar to Trump and questioned the child labor ban. Michelle Bachmann claimed the Founding Fathers fought slavery - although most of them did themselves.

Trump unites all of this madness. He suffered an unbelievable number of failures during his campaign, one of which would have been enough for other candidates to put an end to the election campaign. Trump just seems to make each of these rhetorical disasters stronger. Americans have always had a weakness for political outsiders. Only the hatred, arrogance and ignorance that Trump throws at the established has never been seen before.

We don't really have it better in Germany

And while Trump is still standing in the confetti rain of Cleveland, some Germans might think: Well, the Americans again. It's just that it's not that easy. We also have a middle class in Germany that is drifting to the right in masses because of fears of loss. Again, many are afraid of strangers. Out lamestream media becomes Lying press, out liberal Washington "those up there". There are more and more conspiracy theories here, too. Welcome to the AfD. However, they do not get poll numbers like Trump. Not yet?

Trump would not work in Germany, political riot is still too unpopular in this country for that. And Petry, Meuthen and Gauland from the AfD are delivering more intrigues than a mediocre good-times-bad-times series.
But it could get critical. Namely when a right-wing populist charismatic comes on the scene, who can pack his radical views in serious sentences and makes use of his disenchantment with politics.