Are Zoroastrians still being persecuted in Iran?

The essential thing is prayer

"If the mission of the Church is not rooted in prayer and is nourished by it, it cannot bear fruit and is doomed to wither like a tree without water." Episcopal Conference. 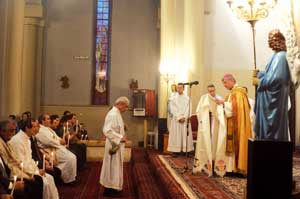