Which keyboard phone is best in 2019 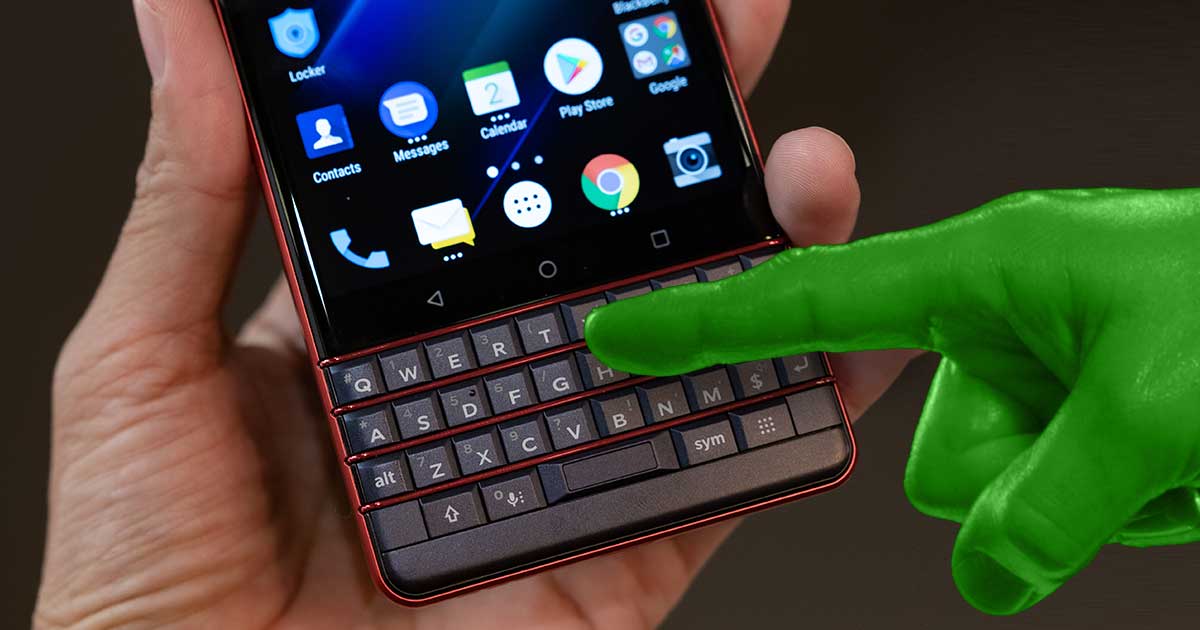 A smartphone with a Qwerty keyboard may seem a bit outdated, but it is certainly charming and useful. We'll show you the best cell phones with a keyboard and reveal the alternatives and options for retrofitting.

Since Apple made the smartphone socially acceptable with the iPhone in 2007, the classic cell phone with keyboard has all but died out. Because on the large displays and the precise virtual keyboards, typing quickly and without errors is just as comfortable as on a physical Qwertz keyboard. Even so, handheld keyboards still offer advantages today. First and foremost, of course, the feel. A real keyboard can be felt and is therefore basically easier to use. It also helps people who can see poorly or not at all to find their way around the keyboard using their sense of touch. For generations who are used to buttons and buttons, it offers a good introduction to finding their way around on modern smartphones. Finally, a cell phone with a keyboard is also a chic nostalgic gimmick that inspires many young people.

When looking for the best mobile phone with a keyboard, there is one name that you cannot avoid: Blackberry. Although the once big business brand has since given up its independence and is part of TLC, it is still number one when it comes to Qwertz keyboards for cell phones. In fact, current Blackberry key smartphones are the only devices on the market that have a built-in physical keyboard. The current flagship is the Blackberry Key2. The Blackberry Key2 LE is a slightly stripped-down, but cheaper variant, while the Blackberry KeyOne is the 2017 flagship of the model series.

All three Blackberry smartphones have a backlit Qwertz keyboard. With the newer Key2 and Key2 LE, a fingerprint sensor is conveniently integrated into the space bar. The keyboards are made of plastic, but feel comfortable and of high quality to use. The design of the Blackberry smartphones impresses with a classy business look. The rest of the equipment is solid, but not impressive. All three Blackberrys are equipped with mid-range processors, full HD LC displays, medium-sized batteries and a solid camera. In addition, the smartphones with the in-house security app Blackberry DTEK guarantee a higher level of privacy protection.

Do you want more technical information? Click here for the Blackberry Key2 and Key2 LE test.

Samsung is also aware of the advantages of a physical Qwerty keyboard and therefore offers the option of retrofitting some smartphones. There is a so-called keyboard case for the Samsung Galaxy S6 Edge Plus, Galaxy S7, Galaxy S7 Edge, Galaxy S8 and the Galaxy S8 Plus. The whole thing is a combination of case and physical keyboard that is placed over the lower part of the screen.

The keyboard case from Samsung is made of hard plastic and is very pleasant to the touch. If the keyboard is connected, the smartphone automatically recognizes it and adjusts the display accordingly. This naturally makes the screen smaller, but still offers enough space for convenient operation. However, it is a pity that the fingerprint sensor on the Galaxy S6 Edge Plus, Galaxy S7 and Galaxy S7 Edge is covered and therefore useless. The price range for the cell phone keypad extends from around 8 euros to 35 euros.

When it comes to cell phones with a keyboard, the classics should of course not be missing. The cult manufacturer Nokia is celebrating its return to the mobile communications industry with a new line of smartphones and is also releasing remakes - so-called feature phones - of popular mobile phones with T9 keypads. So far, the Nokia 3310, the Nokia 8110 4G and the completely new Nokia 105 have been released.

All three models are classic cell phones with a T9 keyboard. There is no Android or iOS operating system and therefore no apps as you know them from the PlayStore or Appstore. The Nokia mobile phones are mainly used for telephoning and chatting, which takes some getting used to with the T9 keyboard, but feels pleasant. The Nokia 3310 and Nokia 8110 4G are even equipped with a 2 MP camera for snapshots. The classic Snake is of course preinstalled on all three phones and feels even more nostalgic thanks to the keyboard.