Why Darwinism is degenerate and destructive

Mice have to die in markets - that was the spectacular conclusion of an experiment last year. There is now fierce opposition to this. 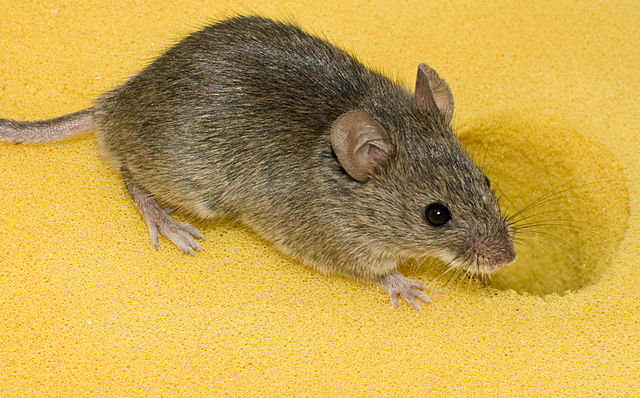 The market kills mice: It was quite spectacular when the behavioral economists Armin Falk and Nora Szech published an experiment in “Science” last year, from which they concluded: markets damage morality - and lower people's threshold to kill mice. However, there are protests against this interpretation among prominent economists.

The experiment worked like this: laboratory mice, which were supposed to die anyway, got the chance to survive if the test participants foregoing money in an economic experiment. This happened in three ways: In the first, people were asked directly whether they wanted to get ten euros or would rather save the mouse. In the second, two people each had to negotiate how they wanted to split a total of 20 euros. If they agreed, they got the money and the mouse died. In the third variant, there was a market similar to a stock exchange, on which pairs could form to share the 20 euros (a “double auction”). If they found a pair, they got the money and a mouse lost its life.

Shortly after the article, experimental economics doyen Joachim Weimann criticized the conclusions. Now, together with Friedrich Breyer, he has written down a six-page criticism of the initial study. And Monopoly Commission member Justus Haucap praised the criticism on Twitter as a “very good comment”. Falk and Szech defend their conclusions.

The argument is about whether one should count people or mice, whether the experiment is about markets at all - and what a market is. The points of contention are summarized here in a simplified manner:

What is a market?

The critics argue: In a normal market (for example in a supermarket) nobody can negotiate the price; instead, everyone has to accept the price they get. So if you want to map a market in the laboratory, you have to ask individual people whether the mouse should die. In this variant of the experiment, fewer people sent the mice to their death.

Falk and Szech answer: Prices are negotiated on stock exchanges and on trading platforms on the Internet. And exactly as it happened in the third variant of the experiment. In it, a particularly large number of people decided to kill the mice.

The critics argue: It doesn't matter so much how people choose. More important is how many mice survive. In fact, in other cases, a similar number of mice survive.

Falk and Szech answer: In the market variants of the experiment, two people must agree before a mouse dies. Therefore, with the same morale, more mice would have to survive in the markets. But that is not the case. In the “Double Auction” significantly more mice are killed than in the individual decision. So morale is worse in the markets.

Is the experiment even about markets?

The critics argue: The different test variants differ considerably, not just in the way of the decision. But also in whether individual people decide or several people together. It's not at all clear that it's really because of the market - maybe just because several people get together.

Falk and Szech answer: It doesn't matter what makes the difference. Morale is worse in markets - the reason for this was not the subject of the experiment.

And what's out now?

Perhaps the greatest similarity between study authors and critics is how exactly morale is lost. Even in their original study, Falk and Szech point out that people in markets can push their feelings of guilt onto others and that they can observe how others think about the mouse death - two important factors that degrade morale. These factors do not only work in markets, but in many groups. The market may be dampening morale, but so may votes and debates - anything where multiple people get together.

Correction: Much more mice die in the “double auction” than in the individual decisions. This information has now been added.

You can find the blog at https://www.faz.net/fazit and at:

Is the market killing morals - and mice?

Mice have to die in markets - that was the spectacular conclusion of an experiment last year. There is now fierce opposition to this.

An error has occurred. Please check your entries.