Do you mainly work for money? Error. For many people, earning money and the highest possible salary are the driving force behind their career choice or additional performance. Most of them are also convinced that Money doesn't make you happy. Sure, it doesn't work entirely without a subsistence level. There has to be a fair basic income so that the work is fun over the long term. But beyond that? Does money make you happy? Does it motivate you, and if so, how long? Science comes to surprising results ... 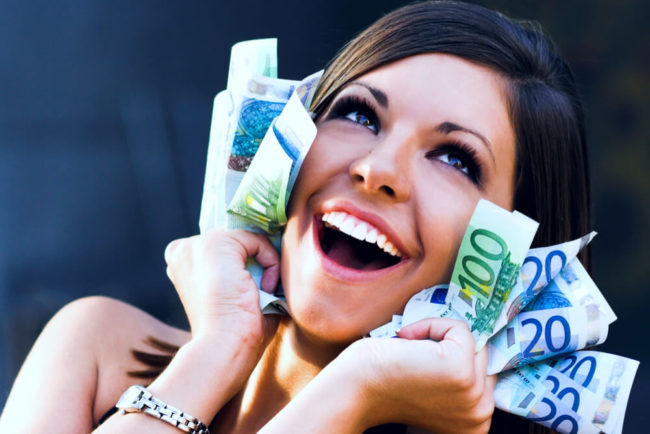 More money: does that motivate you at all?

To know that you can afford something Fulfill wishes can and not have to turn every euro for it - that's a nice thought. Financial freedom and independence have a tremendously relieving effect on the psyche.

But does the money spur us on in the long term?

This question has preoccupied economists, sociologists and psychologists for decades. In fact, most work structures and organizations are based on the idea that monetary compensation an essential motivation for work performance. In short, the more you pay people, the better results they get. Allegedly.

But Motivation cannot be bought. Almost every second specialist and manager (47 percent) in Germany is convinced of this. That was the result of a survey by the management consultancy Hay Group (around 18,000 respondents). Most of them would not be motivated by a raise in salary.

One in four also had variable, i.e. performance-based, remuneration components such as bonuses and bonuses no motivating effect whatsoever. 56 percent of the skilled workers even stated that they felt under pressure from a variable salary component of 30 percent.

This also fits the so-called Easterlin paradox: When Richard Easterlin examined the subjective life satisfaction of Americans over a period of 25 years, he soon realized: Although the income of Americans had almost doubled on average between 1946 and 1970, they were by no means more satisfied. Even more: people in poorer countries like Puerto Rico or Colombia had a significantly lower per capita income than Americans, but had a comparable level of life satisfaction.

In short: More wealth in a society does not automatically lead to more life satisfaction. This is the Easterlin paradox. Money makes people happier. But only those who have little and thus (have to) make ends meet.

The question, whether money makes you happy or motivates, of course, is not new. The vile Mammon was denounced in the Bible and the Beatles once sang: "Money can't buy me love".

Still leaves that love money hardly a person cold. The fact that the rich get richer and the poor get poorer is always an excitement. Just like the question whether money spoils the character. Whereby that is more the question of that Hen and the egg: Can such a connection even exist? Conversely, nobody would claim that a lack of money improves character!

Does money spoil character - and are the poor more generous?

That the poor are more generous than the rich can be observed again and again in everyday life. However, it would be too easy to believe that getting rich automatically more selfish and cold-hearted would be.

And neither is it, as Paul Piff of Berkeley University showed. In his experiments he worked with what is known as priming. He used videos to get his test subjects to believe they were in different financial circumstances and - the rich as poor and vice versa - to think about whether they would give the personable beggar in the film some money.

Result: The manipulated The wealthy were more generous, the poor, meanwhile, more stingy. The feeling of belonging to a social group was in the stuff generosity decisive: Members of the individual social classes tend to identify with their own kind. Accordingly, the rich find it easier to support cultural institutions, colleges and universities with amounts of money that they and their friends have visited or regularly use. The poor, on the other hand, see beggars as people who ultimately struggle with the same problems as themselves.

The really dramatic thing about this finding is that the stronger this effect, the more it increases the gap between rich and poor.

Does money make you happy? That's what science says

There have long been numerous studies on the connection between Money and luck, Motivation or satisfaction. We have compiled a few of the most remarkable results on the subject of money and its effects for you here.

But one thing should be said beforehand: The idea that money motivates is one Misbelief. A dangerous one at that ... 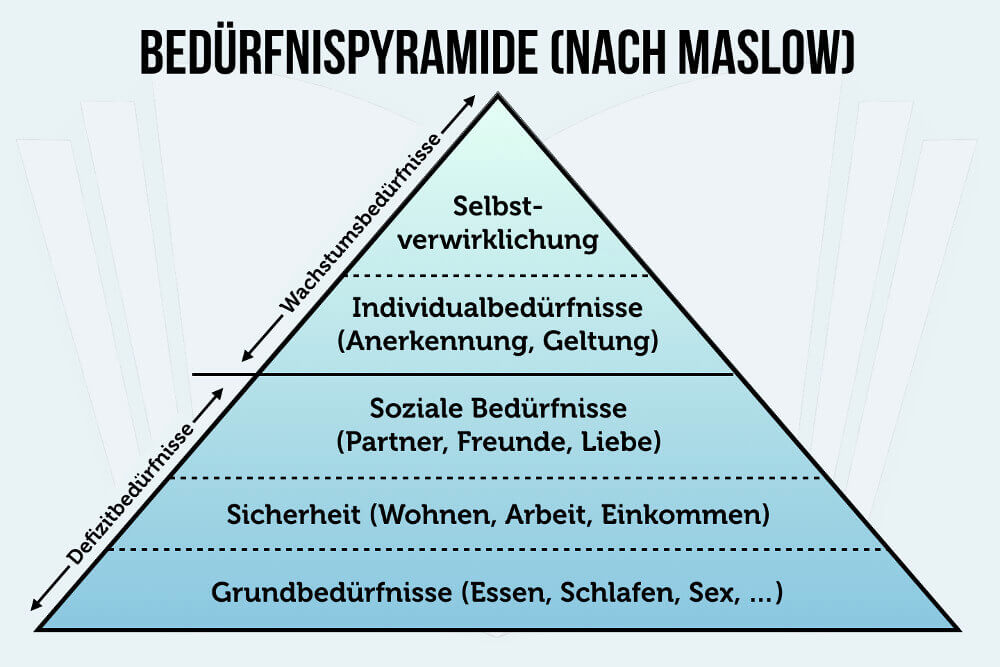 The behavioral scientist Abraham Maslow developed the eponymous Needs pyramid. According to this, people pursue motives of different rank:

The US social psychologist Douglas McGregor, on the other hand, developed two models in the mid-1950s - Theory X and Theory Y - based on two images of man. 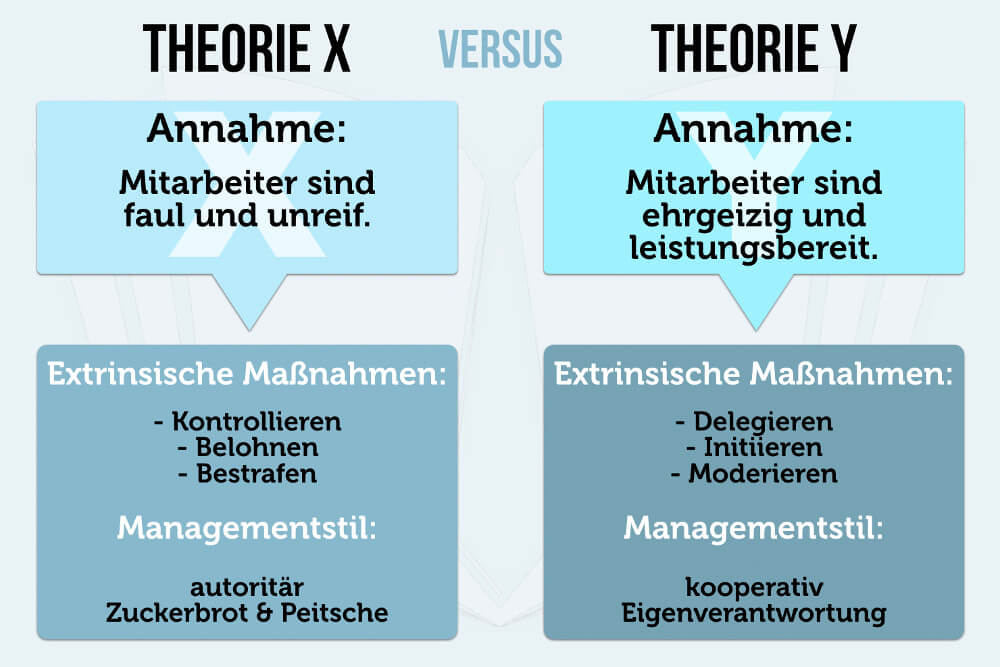 Also Frederick Herzberg found in his empirical studies from 1959 and on the subject Job satisfaction out that money, status or other bonuses are merely Hygiene factors are: They are not suitable for long-term motivation.

Real Incentives stand in direct relation to the work itself: the work content, the competence, the degree of responsibility. Accordingly, managers should primarily aim to:

Money isn't everything. Not even on the job - and certainly not in the long term: Timothy Ferriss, the author of the “4-hour week”, wrote the rhetorical, but clever one questionwhat reward it warrants that we have the most precious years of our life Sacrifice to make money and hope to be happy for the last few years?

Or to put it another way: Does money make you happy - when we suffer at work?

The Corruption Effect: Why Rewards Demotivate

Psychologists Mark Lepper and David Greene from Stanford University and the University of Michigan have found out that rewards, especially monetary ones, can have a downright devastating effect on motivation. In technical jargon, the phenomenon is also called Corruption Effect designated.

In their tests, the scientists observed 51 preschool children between the ages of three and five who particularly liked to paint pictures - so do so intrinsic were motivated. Then the children were randomly three different groups assigned:

In order to rule out the envy factor, the children were given separate awards and they continued to be individually observed how their motivation to paint developed over the next few days.

Result: The motivation of the children, who had to expect a fixed wage, sank dramatically. They only invested half their time in painting. The mallust of children without any reward on the other hand, with around 15 percent of the free time invested, it was significantly higher and was only topped by the group with surprise prizes. They invested almost 20 percent of their time in new pictures.

Other studies - for example among smokers who wanted to quit smoking - were able to show that the success rate drops drastically when the test subjects rewarded for achieving the goals become.

The price makes the existing one intrinsic motivation through a extrinsic kick replaced. In the end, people only pay attention to the kick (which has to be increased from time to time) instead of the fun they originally felt.

Others have read these articles about it

Jochen Mai is the founder and editor-in-chief of the career bible. The author of several books lectures at the TH Köln and is a sought-after keynote speaker, coach and consultant.

Continue to the home page
<?