Why did the Democrat leave the middle class?

The polarization of American society in the shadow of the presidential election
One nation, two worlds 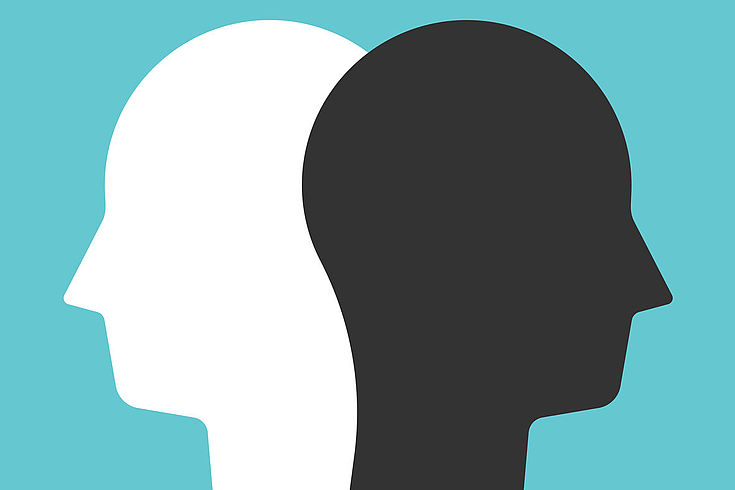 In a democratic dispute, the “informal compulsion of the better argument” can prevail and a social consensus can be found.

But aren't political differences in a society a necessity for a living democracy? When does social polarization endanger the stability of democracy? In contrast to autocratic and totalitarian systems, a democracy thrives on the diversity of political opinions. A democracy is characterized by peaceful controversy of opinion. On the one hand, there would be no cause for public debate without different political views. On the other hand, it is clear that the current polarization of American society is endangering the very foundations of democracy.

According to Jürgen Habermas, a democracy is based on the exchange of opposing arguments with the aim of reaching a consensus, which he also calls deliberation. Ideally, a democratic dispute of opinion is based on a “domination-free discourse” in which the “unconstrained compulsion of the better argument” prevails and thus a social consensus can be found. Such a discourse is characterized by the fact that its participants can express themselves free of fear of social power and repression and that all persons concerned can participate in it, so that any reasonable argument is heard. In order for an understanding between the participants in the discourse to be possible at all, a common living environment is required. A lifeworld comprises meanings, interpretations and ideas shared by society. A living environment is shaped by continuity and a break with traditions. Without a common living environment and shared everyday communicative practice, a society lacks the basis for mutual understanding.

Habermas is aware that discourses in modern society often - even in the presence of a domination-free discourse - end in rational dissent. If there is no general interest or good reasons for preferring a special interest, “fair” negotiations offer a legitimate alternative, for example by guaranteeing equal opportunities for participation. It is then crucial, however, that the procedures of fair negotiations are based on a social consensus. In order for a democracy to work, a fundamental consensus on the procedures is required in order to find an accepted compromise in the presence of a rational dissent.

Social polarization endangers a democracy if it divides the common living environment. When social groups share less and less communicative everyday practice as well as common values ​​and norms, a society as a whole increasingly lacks the basis for mutual understanding. Without this, however, no consensus can be reached on the procedural conditions of a democracy. And here seems to be the core problem of American society. More and more two lifeworlds are emerging. Democrats and Republicans in the electorate and party speak the same but different language.

The split in the American world

Republicans and Democrats not only have opposing ideas in many political areas, but also judge the performance of a government based on their party affiliation. Trump's approval rating averaged 87 percent among Republicans and just 6 percent among Democrats during his tenure. The difference of 81 percentage points is thus significantly higher than that during the presidency of Obama (67 percentage points) and Bush (58 percentage points). Also, 63 percent of Democrats and 71 percent of Republicans believe that the other side's policies are harmful to the country. In addition, Democrats and Republicans believe that their own party governs honestly and ethically (85 and 83 percent), represents the interests of people like you (88 and 86 percent), and cares for the middle class (90 and 86 percent). 82 percent). Democrats and Republicans rarely share these views about the other party. There is therefore more and more a political tribal thinking - a tribalism - in American society.

This social development is fueled by the media landscape. Since the abolition of the fairness doctrine (1987), news channels have emerged that increasingly pursue party-political reporting. The doctrine of fairness was a requirement of the Federal Communications Commissionaccording to which broadcasting license holders should report in an honest and balanced manner on controversial subjects of public concern. The conservative news broadcaster Fox News and the local stations of the Sinclair Broadcast Group are emblematic of partisan reporting. But even liberal news channels such as MSNBC sometimes lack balance in their reporting. As a result, 60 percent of Americans - 89 percent of Republicans and 27 percent of Democrats - have little or no trust in the mass media, although their own news sources are trusted more than those of others. Since many Americans only seek unilateral information from the media that confirm their opinion, echo chambers are formed in which Democrats and Republicans are seldom confronted with opposing opinions and ideas. Social media reinforce this process by creating filter bubbles. Social media platforms such as Facebook are based on algorithms that mainly provide their users with content that corresponds to their existing settings and search behavior.

Cracks in the foundations of democracy

The division in American society is therefore not only shaped by ideological polarization, but also by social distancing and political tribalism. The mass media and social media reinforce this process by creating increasingly separate public discourses. As a result, the rift in the American world is getting deeper. As a result, American society is increasingly lacking the foundation for mutual understanding and consensus building. Around 80 percent of Democrats and Republicans agree that they can no longer even agree on basic facts. In the long run, this jeopardizes solidarity between Democrats and Republicans.

The rift in the lifeworld is also noticeable in politics. The result is a political blockade, especially in Congress. Congressmen are voting more and more according to the party line - whether in legislative votes, the appointment of federal judges or in procedures to control the executive branch. The political blockade in turn causes a loss of confidence in the government and democratic institutions and intensifies social polarization. Only 20 percent of Americans trust that the government will do the right thing mostly or always. Just 13 percent of Americans have a lot of confidence in Congress. Of particular concern is the loss of confidence in the integrity of the elections. 70 percent of Republicans do not believe that the election was free and fair, largely due to Trump's constant rhetorical attacks and complaints against the legitimacy of the election. While Trump's attacks on the integrity of the elections are insubstantial, the United States clearly has a number of democratic deficits, such as the electoral college, the political trimming of electoral districts (gerrymandering), or powerful and financially strong interest groups that talk about Super PACs contribute to almost uncontrolled campaign funding.

At first glance, however, Democratic and Republican voters still share the view that democratic values ​​such as the separation of powers, the independence of the judiciary and the rule of law are important to the country. Despite the loss of confidence in public institutions, there still seems to be a common foundation for deliberation and consensus. But even the basic consensus on the importance of democratic values ​​for the community is not immune to social polarization. A closer look reveals cracks in the basic consensus on democratic values. 82 percent of Democrats but only 53 percent of Republicans say freedom to protest peacefully is important to the country. The relatively low approval from the Republicans is likely to be a result of the Black Lives Matter movement, which was being undermined by the Trump administration and in many conservative media law and order is equated.

More worryingly, authoritarian thinking is increasingly evident among many Republican voters, especially Trump supporters. Forty-one percent of Republicans agree that a time will come when patriotic Americans will have to take the law into their own hands. Forty-seven percent of Republican voters say that a strong leader sometimes has to bend the rules to get things done. Taking this change in the living environment into account, one can better understand why a President Trump has unbroken support in his electoral base. But it also illustrates how dangerous President Trump's attacks on the integrity of the election are. They deepen the rift in the American world. In this situation, Republican congressmen in particular could and should oppose a drifting of their electorate into authoritarian thinking. However, they either support the attacks on democratic foundations, such as Senators Lindsey Graham or Ted Cruz, or for the most part remain silent. Exceptions like Senator Mitt Romney are rare.

President Biden and the Unity of the Nation

Against the background of these social developments it becomes clear that a President Biden can only heal America to a certain extent. Certainly, unlike Trump, he will not try specifically to fuel the polarization of society and undermine the legitimacy of democratic institutions. A President Biden can also try to strengthen the bond of solidarity in American society through moral leadership, symbolic actions and unifying rhetoric, especially in crises. However, Biden's options for bridging the divide in the American world are limited.

A structural reform of the electoral system could strengthen confidence in public institutions, but will not be possible due to the political blockade. Even if the Democrats should have a majority in Congress, a constitutional amendment, as would be necessary to change the electoral college, requires a two-thirds majority in Congress and ratification by three-quarters of the individual states. Other reforms, such as campaign finance, only require a simple majority in Congress, but the Supreme Court has overturned previous laws regulating campaign finance because they restricted freedom of expression. No other judgments are to be expected under the current Supreme Court with a majority of six Conservative judges. That is why other laws regulating the new media landscape are likely to have a hard time. A President Biden could also try to address the problem of social inequality, which is often seen as a core cause of increasing social polarization. But here too the problem of the political blockade arises. And even if a Biden succeeds in a far-reaching reform, this will only have a long-term effect and could be reversed in the future by a Republican president.

In order to heal the social division, change must come from society itself. It takes a fundamental will in society at large to leave one's own echo chambers and filter bubbles, to hear the arguments of others and, if necessary, to be convinced. Social movements from the middle of society are needed, with the aim of building bridges and counteracting social distancing. A President Biden can talk about strengthening citizen participation processes such as referendums, and citizen forums citizen juries supported such a social change, but in the end it takes the initiative and willingness from society itself to bridge the division in the American world.