Which game uses the most energy to play 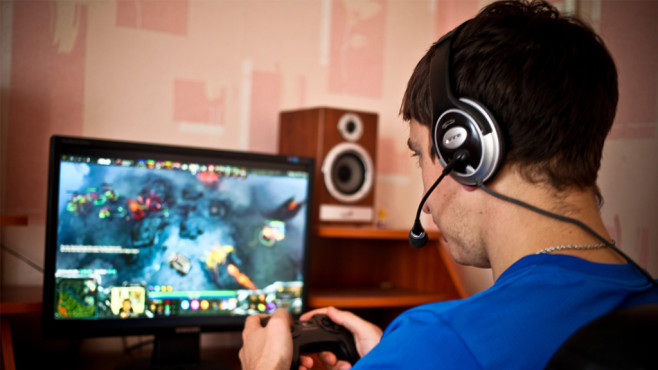 Gaming on the PC: The fun can cost a lot of electricity.

Anyone who is playing the soccer game of their life in FIFA 17 or is facing the all-important battle for the final victory in Starcraft II hardly wastes a thought on the next electricity bills. But it will definitely come and then it could be higher than expected. It will come as no surprise to anyone that computer games use electricity. But it is astonishing that it depends on the type of video game.

The consumer portal TopTarif has determined the power consumption of various game genres and compared them with one another. The following rule of thumb applies: the more complex the animations and the more detailed the graphics, the more electricity the PC draws from the socket. This applies not only to first-person shooters such as Battlefield 1, but also to sports games such as FIFA 17.

According to the JIM study (2016), the average daily playing time is 86 minutes. This results in a power consumption of 86 kilowatt hours (kWh) per year for FIFA - a little more than the Shooter (80 kWh). For comparison: an average refrigerator in energy-saving class A +++ requires around 75 kWh per year in continuous use.

The fun of the game becomes really expensive when gaming PCs are equipped with very powerful hardware. Depending on the model and gaming behavior, power consumption can then quickly increase to several hundred kilowatt hours a year. This can result in additional electricity costs of up to 200 euros per year.

The problem: With computers and hardware, unlike household appliances, consumers cannot orientate themselves towards energy-saving classes. Nevertheless, new hardware not only has more performance, but is usually also more energy-efficient. "It is therefore recommended that frequent gamers upgrade their PC to modern hardware in order to reduce electricity costs," said Dr. Arnd Schröder from TopTarif.

Which game draws the most electricity?

He and his employees selected 15 currently popular and current games from eight different genres and determined the power consumption on an upper middle class gaming PC including a 23-inch monitor. In the photo series, COMPUTER BILD reveals how the individual titles fared in the power consumption test.

By the way, if you can't stop gambling despite high electricity prices, you should think about changing your electricity provider. A household with an electricity consumption of 4,000 kilowatt hours currently pays 1,224 euros in the expensive basic supply tariff. The cheapest provider costs only 829 euros per year. This corresponds to an annual relief of 395 euros. So if you regularly switch to the cheapest electricity provider, you can play longer on your PC with a clear conscience.